Who are Creative People?

Living Creatively means a fully self-actualized life, in which you embrace the strengths of your creative personality.  It starts by understanding, and likely reconceptualizing, the things you have learned about yourself in a new and different way. It is giving yourself permission to feel and dream, to make bold and brave choices, to pursue authenticity and work hard.  It is taking the harder path at times, simply because it is worth it. It is learning what you need to thrive and putting in the time to make it so. It is watching your life flourish as you nurture yourself in the way you require.  Believe it or not, it is grounded in psychology and research (some of it my own) that goes back almost 100 years. Today, as our world changes so quickly around us, there was never a better time to commit to your own creative, authentic life. 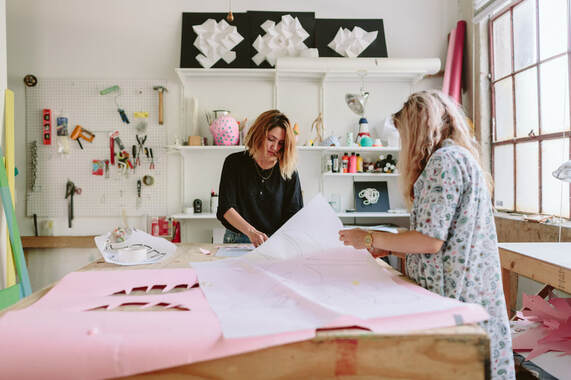 Personality theory is perhaps the most common theory of creativity. Creativity is conceptualized as a series of traits that have a higher prevalence in creative people.  Many creativity tests identify creative individuals by measuring personality traits looking for pre-defined “creative combinations.” As a combination of social and nonsocial traits, these personality traits have been identified in creative people. An example of a nonsocial trait is emotional sensitivity. Social traits include introversion and aloofness (Sternberg, 1999). Personality theory also looks at creativity in terms of two categories: problem finders and problem solvers (Sawyer, 2003). Both problem finders and problem solvers are prevalent in artists (Sawyer, 2003). Personality tests developed to measure creative traits based on creativity and personality, correspond with research supporting creativity as defined by personality traits, such as the Khatena -Torrence Perception Inventory. Though creativity is usually viewed on a continuum, the KTCPI is often used to categorize a participant as either “creative” or “not creative” in a categorical way. The explanation for this is that creativity levels on a continuum produce qualitatively different displays of creativity. This is often described using the horse on a treadmill analysis. Speed increases on a continuum in terms of miles per hour on a treadmill. However, once the continuum of speed reaches a certain limit, the movement of the horse on the treadmill will become qualitatively different from a walk to a trot, a trot to a gallop, and so forth. In this way, creativity is both on a continuum and described in terms of qualitatively different stages such as creative and non-creative.

Some measured personality traits by the KTCPI  are: environmental sensitivity, initiative, self-strength, intellectuality, individuality, and artistry. Other researched personality traits of creative people include becoming easily bored, independence, passion, powerful emotions, ADHD symptoms and Creativity, meaning making, authenticity, open-minded, flexible, risk taking, and ambitious. Many Creative People throughout their lives will present to the health or the mental health system for “treatment” of one of these personality traits.  They may be the “black sheep” pursuing their individuality, and family members worry  that they are “acting out.”  They might be feeling powerful emotions, and self-present to psychiatry to "control" them better.  The problem with this is, these Creative People are not supporting or recognizing their Creative Personality as a whole, thereby not giving themselves what they ultimately need. Your creative personality is powerful, and, when directed towards things like meaning making, authenticity, and pursuits that matter to you, the problematic places your passions have become “stuck,” can resolve. Knowing and recognizing your creative personality for what it is in its entirety, and supporting it as such,  is one of the two most important things you can do to keep your creative personality well.  The second most important thing you can do is, have a regular practice of creative expression. This is the single most important protective factor against distress for you in your life.  In other words- doing something creative is the most important healthy thing you can do to be well.  But for most of us- we were in some way discouraged against creative pursuits and told to be more mainstream or practical with our time. You can learn more about the practice of creativity, here.

The discussion of Creative People calls for a discussion of the distinction between creative people and their creative process. Kaufman and Sternberg (2007) define the four P’s model of creativity: Person, Product, Process and Press. Person represents the characteristics or traits of a creative individual, or the social or nonsocial personality traits. Product refers to the type of creative material a creative person produces. Process references the steps a creative person engages in that result in their creative product. This is the creative process by which a creative person creates output or their work. Press is the type of atmosphere in which the final product is used, seen or otherwise experienced. In Creativity Coaching and Creativity Counseling, we are most focused on Kaufman and Sternberg’s Person and Process aspects of creativity:  Person in terms of the personality traits characteristic of creative individuals, and Process as the creative method and movement the individual uses to be creative. These two factors are the fundamental sources that you need to address, as a creative person, to be well. 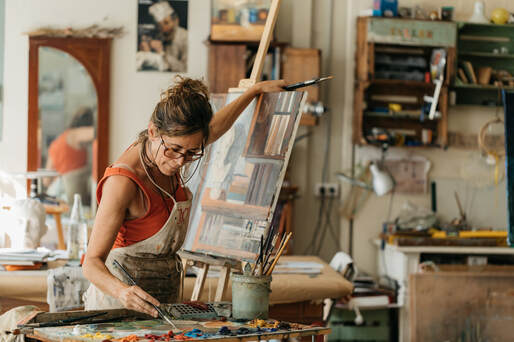 If you have identified yourself or begun to wonder if your personality is creative, that is wonderful!  You have a powerful set of characteristics with which to flourish.  Here at Creatively, you have found a wonderful place to get on track to do just that!  Here are some steps you can take right now, to start your journey as a healthy and successful Creative Person: